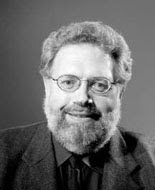 Oh wait.  Speaking of being rationally pure and without skeptical sin, Point of Inquiry featured an interview of Tom Flynn, Executive Director of The Council for Secular Humanism and Editor of Free Inquiry magazine, by Robert Price.  (Or at least their ample beards had a discussion; they did not specify.)  Flynn discussed his religious upbringing, and how he slowly went from faithful Christian to kinda spiritual to atheist.  Price has been interviewed on numerous podcasts and I believe he was on POI a number of times when Grothe was the interviewer.
On the one hand, I respect the heck out of Flynn for his work on skepticism and rationalism.  On the other hand, I wonder if his dogged determination to not be irrational has led him to sacrifice some of the enjoyable bits of (as Dr. Novella has noted) the human condition.  Price and Flynn discuss how Flynn rejects many of the ceremonies of life passages such as marriage and funerals.  Maybe it makes me a less pure rationalist but I really like being married and flying to Vegas and getting hitched.  Sure, weddings are based in a religious ceremonial context, but it is just part of being human.  Why, ever since the morning after I got hitched and remembered in the shower that I was now married gave me that feeling of being part of a team I don't know.  Some would say it was the spirit of the gods, and others say it is programmed in by evolution.  I would go with the latter, but whatever the reason it is a nice part of being alive.  I would hate to see Flynn miss out on all these sorts of things.  I respect Flynn.  I even admire his ability to be so exacting in living out what he thinks is rational.
I hate making this personal but I would imagine a lunch with either Flynn or Gay would be fascinating, but I also suspect that I'd look forward to knowing Gay on a continuing social basis, and Flynn not so much.  After all, you could never expect a wedding present from him.
Sturgess does it again with a compelling interview on a difficult topic, which deserved and received a proper treatment.  I recommend the Gay interview highly.  I cannot say that I agree with Gay a great deal, but I do understand her decision and do not doubt her skeptical chops.  Flynn is always an interesting interview, and Price a lively interviewer.  Although I do miss Grothe's ability with these types of interviews to play the devil's advocate.
Righteous Indignation does not disappoint, and Marsh's tale of his run in with Power and Johnny law is wonderful.
I know I missed a lot of meat of the various above podcasts, but all of the above are worth the listen.
Also, as the loyal reader knows, I am a MacHead.  I just love all my Apple products from iPod Classic to my new iPhone.   I plan to start throwing in my thoughts about dubious iPod or iPad Applications as I run across them.  Today it is Aroma Therapy Version 1.9.  This application helps the person in need of Aroma Therapy pick out the best oils to use and apparently the mixture to achieve the desired outcome.  Even Apple has not figure out how to have an odor dispense from your iPod Touch, but it will tell you what you have to do to get that smell a work'n.  Unfortunately, the iTunes page contains a screen shot of a page with a recommendation for "Recently having frequent fights with boyfriend/girlfriend."    I do not know the answer, but you can find out for the sum of only $2.99 once you download it onto your iPhone or iPad.  As the website warns, do not use this app until you have consulted with an expert.
Posted by Howard "Nigel St. Whitehall" at 11:02 PM