Thoughts on the upcoming SGU 24

For some reason I have been blogging a lot about “The Skeptics’ Guide to the Universe.”  I am sure a regression to the mean will put things back into place over the ensuing months, but for now I have another post on the SGU.

The SGU 24 hour show is quickly coming upon the skeptical community, and I am sure along with much of skepdom I intend to watch a good deal of it, and clearly not all of it.  Let’s face it 24 hours of anything in a row is a bit much to ask the viewer to enjoy.

Here’s is what I have been able to gleen about the upcoming show from blog posts and discussion on recent SGU episodes.  It will be a live video cast starting at 8pm on Friday, September 23rd.  The episode apparently will contain pre-recorded segments as well as some sort of guest appearances by many known and beloved skeptical friends of the show.  A set is being made by the Rogues to be place in one of their basements.

Why the Rogues have decided to do such risky event, I can only speculate.  In part it might be that such a risky event is bound to draw attention to the show and keep things fresh.  I also suspect the lure of video is just too much for the Rogues to resist and this is a way to do something in this medium with a splash.  Finally, I wonder on a more practical note that a 24 live show will yield segments that can be edited and used for segments in the regular podcast for months to come lowering the work load for some time to come.

While I respect the audacity of this event, I do have some concerns.  For one just the sheer length of 24 hours and keeping it interesting is going to be a challenge no matter how well one plans ahead and one's entertaining stamina.  Another, is the band width requirements.  I can only guess that especially in the first few hours of the netcast the number of people logging into the video stream is going to be tremendous.  Hopefully, the site will not go down from the increased traffic, or cause the video feed to be terrible.  The other odd thing is that the show is running from an evening all through the night then into the morning and finally end the next evening.  This is troublesome for two reasons.  For one, the Rogues will be facing normal sleepy time rather quickly into the show and once the adrenaline wears thin, sleepy Rogues at 3am may not be the most pleasant sight.  For another, for those watching on Eastern Standard Time and Central Standard Time a large chunk of the episode will occur when we should and ought to be sleeping.  My knee jerk thought is the show ought to start at 9 am or Noon to keep the Rogues fresher longer and have more continuous viewership. 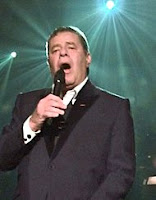 With all of the above noted, I am hopeful that it will be an interesting and entertaining event.  I suspect this all could be a stroke of genius.   Although I do have an image of it being a mix of The Jerry Lewis telethon, mixed with a SGU live event with a dose of Wayne’s World mixed in for good measure.  I just hope if one tune’s in at 4am EST you aren’t seeing a Dr. Novella crooning “You’ll never walk alone” with a half dead George Hrab playing a mindless accompaniment on a synthesizer.  While just off camera is Rebecca drinking coffee with whiskey and only taking breaks for long drags on a cigarette.  God, I hope that is not what will transpire.  As long as the bandwidth holds up I plan to watch as much as possible.
Posted by Howard "Nigel St. Whitehall" at 9:28 PM