As usual, I save up my “Token Skeptics” for a concentrated listen to what Kylie Sturgess has to share with the world.  Episode #80 features a talk by Martin Bridgestock, author of “Beyond Belief: Skepticism, Science, and the Paranormal.”  Bridgestock discussed a 20 question poll given to 1200 Queenlanders to learn about the Australian’s views on woo, which was organized and pushed forward by himself and Kylie Sturgess in 2008.  He did not use the term “woo,” but it’s a nice shortcut.

Apparently Queensland in the 80’s and 90’s was a hotbed of fundamental Christianity down under lead by a politician who was born in New Zealand, but reared in Australia winding up to be the Premier of Queensland for nearly twenty years.  The State nearly made creation science a part of the official science curriculum.  Bridgestock and Sturgess decided to do a thorough poll to find out what the curent beliefs were of Queenslanders after break from fundamentalist control.

Here’s the thing, Bridgestock took an overall negative view of his State’s beliefs.  However, if the little old Commonwealth of Pennsylvania contained a majority of residents who believed evolution exists and included in this majority a large number of people who thought god nudged evolution here and there to make us come about, it would be a huge victory.  If around a third of Pennsylvanians suddenly polled said there were not folks of religious faith, I would be stunningly encouraged.  Bridgestock is a bit more sanguine about such actual polling data from Queensland.  I suppose everything is relative.

It is an interesting talk, and it is an impressive effort brought about by Bridgestock and Sturgess which drives home that a lot of interesting contradictions are held in how people view the world.  In particular, Bridgestock points out the somewhat seemingly contradictory beliefs held by those of faith, i.e. creationism with simultaneous belief in the paranormal, which was quite fascinating.  However, overall Queensland sounds like a forward thinking haven compared to my neck of Penn's Woods where the only non-family members I know who question or do not believe in god are  . . . hum-m-m-m I’ll get back to you on that one.

One warning on this podcast: while the content is interesting, the sound quality is pretty bad, and parts were nearly muffled into silence.  My car has a decent sound system, and it was taxing to hear parts of the talk on my commute into work.


Now in Episode #81 of "The Token Skeptic," Sturgess shares a panel discussion recorded at Dragcon*Con on These are the Ways the World will End which included among others Drs. Phil Plait and Pamela Gay.  First, this episode contained some sound issues, but more with parts of the audio just disappearing two or three times for ten or twenty seconds.  However, the overall ability to understand the panel was superior.  It was for the most part a breezy, fast-paced affair.  If you have limited time, and cannot be bothered with problematic audio quality but need your TS fix, then listen to Episode 81.  During the Q & A part of the panel, a crank or at least a cranky person, questioned some of Dr. Phil's ideas on how the Earth might be destroyed.  Drs. Gay and Phil impressively dispatched him in an appropriate manner. 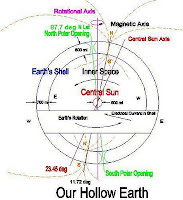 While discussing astronomers, Dr. Stuart Robbins released a longish but entertaining 30 or so minute episode "Exposing PseudoAstronomy" dealing with the idea that the Earth is hollow.  Robbins must record nearly every episode of Coast to Coast AM since the episode was peppered with cuts of various hollow Earthers sharing their notions on Coast to Coast.  Robbins must love to edit.  Needless to say, Robins does a nice job explaining the multiple lines of evidence that reveal that the Earth is indeed not hollow.  (Although Robbins gives slightly short shrift to one of my favorite books "Journey to the Center of the Earth" by Jules Verne.)
Posted by Howard "Nigel St. Whitehall" at 10:38 PM