This week Astronomer Royale, Dr. Stuart Robins has released a marathon episode discussing the well known UFO episodes occurring with a farmer in an Alpine landlocked central European country known for its pricey but tasty chocolates, watches, and being very neutral on the world stage.  The interviewee is UFO Alpine Farmer expert Derek Bartholomaus.  The episode is a carefully worded and disclaimer filled hour and twenty minute episode.  The episode is long but  well worth every minute which includes a brief discussion of the remastered original Star Trek series versus George Lucas's tampering remastering of the Star Wars series.  Robins and Bartholomaus also discuss various lines of evidence that certain alleged contacts with alien intelligences may not be as advertised by a certain Alpine farmer and his biggest supporter in the Western Hemisphere. 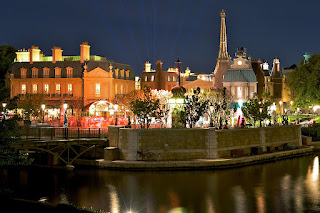 Parrot has release the long awaited 9th edition of his Invisible Sky Monster Podcast with guests Shawn Smith-Ford of the Amateur Skeptic Podcast and Christopher Brown of the Meet the Skeptics Podcast.  They discussed a number of interesting topics including why it is a bit of stretch to state that the ancients were aware of the so called god particle and dark matter before modern science stumbled upon them.  Parrot shared how he nearly met legendary Indian skeptic Sanal Edamaruku, and Edamaruku's recent legal problems in India with the Catholic Church, as well as the topic of a couple attempting to break a lease due to an alleged haunting. However, the discussion regarding pink slime, or lean finely textured beef, which has been in the press recently as that 'gross filler that the beef industry has been quietly slipping into ground beef for years.'

Sure eating ground spun and ground up cow other parts is a bit off putting.  The panel asks the question, which struck me but I have not heard discussed, is other than sounding unpalatable is there anything wrong or unhealthy about eating pink slime?  The consensus of the panel was that while the nutritional value is probably less than "meat," it probably is not harmful in itself.  Further, if sold as fine French Cuisine 'slime rose' you might make a pretty penny from the stuff.

All in all, Parrot hosts an interesting if rarely released podcast. (It was one month late.  I might be a bit surly tonight.)  Although given the sporadic release schedule of Righteous Indignation, it is nice to have ISMP to fill the gaps.  Although keeping to a regular release schedule would be appreciated. (I am a bastard tonight. sorry.)

At the end of ISMP Parrot generously offered to help anyone in skeptical podcasting land to help start their own skeptical podcast.  Parrot shared his idea that the more skeptical podcasts on Stitcher or iTunes the more likely it is for the listening public to find and decide to download and listen to skeptical goodness.  I hope he is correct.  Parrot noted that recently Tim Farely has found over 70 skeptical podcasts, and Parrot would like to see that number go into the triple digits.  While this goal would make my task of keeping track of the skeptical podcast world a lot more difficult, I tend to agree with Parrot's goals.  I do not know if pure numbers alone will bring skeptical goodness to a significant number of the masses.  However, I do suspect that greater number might bring forth greater numbers of untapped talent. It could also create a lot of repetitive effort and perhaps cause more noise than music.  I think it worth the effort.  I hope starry eyed skeptics will take Parrot up on his kind offer.