They talked a-boot IT . . . and everyone remained calm

Invisible Sky Monster has release a new episode with guest Karl Mamer of the Conspiracy Skeptic and Ask a Canadian and Rebecca O'Neill of The Skeprechauns and Dublin Skeptics in the Pub.  Right off the bat, the chemistry and the ease of the discussion between Parrot, Mamer, and O'Neill was very smooth.  Parrot is known for putting somewhat eclectic groups together on his episodes of ISM, and while the show is nearly always entertaining, the particular mix of guests is not always the best part of the episode.  However, at the end of this episode, I thought that was alright.  I'd like to hear this same trio talk again next month.  I'd almost pay money to listen to them again and this wasn't the internet which I expect everything to be free. 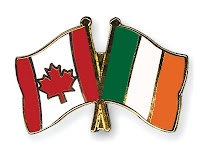 Anyway, the trio started off the episode discussing "the" topic.  The topic of Skepchick officially pulling out of participating at TAM 10, and the Rebecca Watson, D.J. Grothe, JREF, and Skepchick brouhaha with the blog posts and comment threads galore layered with accusations and counter accusation, etc. etc.  All three of them stayed calm & cool, and talked it over a period of 25 minutes or so.  Nobody declared anyone else a heretic, and they moved onto the next topic.  This was basically what I advocated a little while into this whole brouhaha, and it was great.  It also left me a bit deflated.  It's not that the three of them were more or less what I had advocated.  It's at this point I am so jaded by the whole discussion, I am glad they moved onto Bigfoot.

The rest of the episode was interesting and informative.  Karl has some interesting insights into the whole allegation of chinese baby pills being smuggled into South Korea.  Karl also shared some insights into Korean's cultural views of science in general compared to the influence of Evangelical Mega Churches in Korea.  Karl also discussed the cultural view of gays.  Now that I think about it, this sure was a Korean-heavy episode, but in an interesting way.  Rebecca added a lot of good insights, and her thoughts on how the Catholic Church has changed a lot in recent years to the changing times, but still not it's negativity to homosexuality. 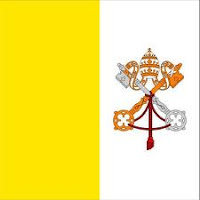 All in all, it was quite an entertaining and informative episode.  I hope this group is brought together again at some point.  While the headlining topic was clearly the brouhaha, the more interesting part of the episode was everything else.  Parrot does a nice job keeping the discussion moving, and there was only one thing that did not occur that I wished was discussed.  Rebecca O'Neill, near the start of the episode, discussed Grothe's opinion that a reason for the lesser participation of women at TAM 10 than at TAM 9 was all of the alleged negative publicity in various blog and media outlets about the female problem at skeptical and atheism gathers.  Rebecca O'Neill indicated that she thought there were other reasons for the lessor female attendance this year, but would get to it later in the episode.  They panel never circled back to this topic, and the listener was left hanging.  I do wish Rebecca had the chance to flesh out that 'teaser' statement.