When the Siracusa is away the geeks will get introspective

I was listening to Hypercritical Kindacritical on the 5by5 network.  Now before my Windows and Linux users tune out to this rest of this post, as 5by5 is a bastion of Apple love, please read on for a moment.  While the beginning and end of the episode focuses on Apple, the middle section consists of a really interesting discussion on what it means to be a geek/nerd, and being traditionally outside of the main stream of culture. 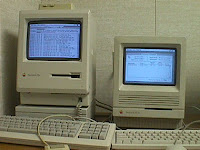 I think it is safe to say that there is a large overlap between geeks, whether it be gamers (roll or video), Trekkers, Star Wars, science, Batman, space exploration, Dr. Who or whatnot and skeptics.  Sure, not all skeptics are geeks on all of these topics, but I think a large chunk of skeptics are geeks on a a few of them.  Also, as skeptics I do not think it is unreasonable to consider our little band outside the mainstream culture.  We are the oddballs who send tweets to the local newspaper when they run credulous stories on alt med for pets, or when a co-workers discusses why they think magnetic bracelets  work we may tick off the various logical fallacies being spoken in one's head.

The guests on this week's episode were Marco Arment and Merlin Mann while the episode was hosted by the indefatigable Dan Benjamin.  It was just three computer geeks discussing what is a geek, is geek culture becoming more mainstream, and if geek culture is more mainstream how do geeks feel about it.  It was not a scientific discussion, but I found it a fascinating talk.  Should geeks celebrate that reading comic books is becoming more popular, or be upset that our self identity is being consumed by pop culture.  For me, I think it is a little of both.  As I have no doubt that just like fashion today geeks uncomfortably rule, and tomorrow we're comfortably outcasts again.

The panel then discussed the pros and cons of creating content in a world with the world wide web.  With the web for someone who, for example, is a photographer  is not just comparing their skills to their local photographers, but to photographers around the world.  This can be intimidating as there is a lot of talent instantly accessible. On the flip side the web can give you  a wider pool to not only compare oneself against, but also strive to emulate.  This touched a nerve with me.  I look out across the skeptical/rationalist blogosphere and at times I feel quite inadequate.  (Just reading Barbara Dreescher makes me feel two inches tall.) On the other hand, there are a few blogs out there which make me feel pretty good, or at least point out what not to imitate.  Again, the discussion  while not a scientific based discussion, it made me think about how I consider my own creations compared to other blogs.

My advice to the non-Apple aficionados is to skip about the first and last twenty minutes of the episode, but if you do you might find those bits of interest too.
Posted by Howard "Nigel St. Whitehall" at 8:16 PM