The JREF offers a new podcast

Take the popular What's the Harm website hosted by Tim Farley fold it into the fluffy base of a podcast then add a dash of the interview format and bake in an oven of the JREF and you concocted CONsequences.  Consequences in a new podcast produced by the James Randi Educational Foundation and hosted by Brian Thompson, the host and producer of Amateur Scientist Industry's podcasts: The Death Panel, Ask a Canadian, and Quit it.  Now before you dismiss this podcast as another sexual frustrated comedy vehicle for Mr. Thompson reconsider this position and give the show a listen.  Consequences is a rather serious show dedicated to interviewing people who have had a run in with skepticism's cultural competitors and how those beliefs and actions affected their lives.

I listened to two episodes so far.  The first episode was an interview of Joshua Hunt of the Cleveland Skeptics on when he was a struggling actor in New York City and he was taken in by a psychic and losing a far amount of money in the process.  Brian does a nice job of asking appropriately leading questions to keep the interview moving, while keeping just enough of an edge of humor to keep the listener from being to depressed.  This episode also contained a brief vinet of Brian discussing of some of the techniques of the psychic con with none other than Tim Farley.  I though this was nice touch. 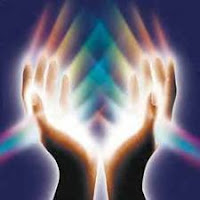 The second episode I listened to was an interview of Carrie Poppy of the JREF and of the Oh No Ross and Carrie podcast.  Carrie discussed when she was in college and thought she had healing powers, and how she used her powers to heal a friend who had been diagnosed with testicular cancer.  This interview was the inverse of the Hunt interview in that Poppy thought she had powers, and she was using her powers to effectuate some good in curing cancer and not trying to make off with someone's bank account as in Hunt's case.  Brain peppered his insightful interview questions with just enough humor to keep the discussion from becoming overly emotionally heavy.

The show is slated to be released on a bi-weekly basis, and the episodes so far appear to be around thirty to forty-five minutes in length.  I plan to continue to listen, and the episodes were interesting while not being overly silly, nor preachy.

Finally, SkepReview would like to wish James "The Amazing" Randi a very happy 84th birthday.