Karl Mamer, skeptic and known for Conspiracy Skeptic Podcast, his Seoul Survivors Podcast, Ask a Canadian Podcast, has a new show to add to his podcasting empire: OkCupcast. 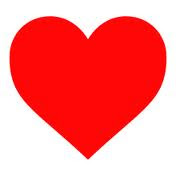 OkCupcast is self-described as "the nerd guide to online dating."  Karl talks about his thoughts and learned wisdoms of online dating with his never speaking but present producer, Lawrence.  So far, seven episodes have been produced, and other than the introductory episode they have all been quite entertaining.  I have no interest in the content of the show as I am a thankfully married man of a number of years, and I plan to stay married and out of the dating market.  However, if I had not been so lucky to meet Lady and after a number of years marry her, I would be a nerd in search of dating guidance too.

Karl is well known in skeptical circles for his cunning, his insight, his grasp of facts, his dry wit, and his politeness.  All of this is present in this podcast, and there are times I was in stitches listening to parts of episodes three, four, and five.  I do not know if this is because I am a fellow 40 something white male nerd, and it may not resonate with other audiences as much.  I will warn the listener.  This is not Chris Moody, Point of Inquiry, style discussion of dating.  Karl is not arguing that recent peer-reviewed papers have shown that nerdy male minds cannot be attractive to certain sub-categories of the opposite gender.  The show when you boil it down is Karl being an online dating and relationship pundit based on some of his own personal experiences, insights, and speculations.  Think of it as Dr. Laura, except a guy who is polite, likable and Canadian.

Karl did do one interview with SoontoBCatLady, who blogs regarding online dating from the woman's perspective at Online Dating -Why I'll be a crazy cat lady.  Karl was his same chatty self as he is on Conspiracy Skeptic.

If you are a nerdy guy looking to gain some dating and relationship pointers, this is the podcast for you.  If you just want to listen to something to keep you entertained on a flight from Orlando to Newark, or while walking the dog, this podcast will keep you entertained.

I am not sure how many episodes can be produced on this topic.  It would seem to me at some point the episode could start to be repetitious just as the above mentioned Dr. Laura's radio shows got a bit 'been there, done that."  Also, Karl could find a companion and leave the dating scene, which would seem to be an opening for Karl's "matrimonycast."

The episodes are produced weekly, and run around 25 minutes or so.  Although the interview episode with SoontoBCatLady ran for 45 minutes.

Cross posted at The Underground Teapot.