My State of Podcast Listening

Podcasts.  I listen to a lot of them.  Sometimes I like to reflect on what I am currently picking to hear on my queue and what I have either dropped or what is at least not on my must hear list.  This was in part triggered by a Tweet from  @ltravis911 asking me what is my favorite podcast.  In many ways, it simply depends on my mood. 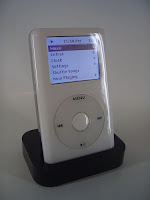 The podcast I find myself choosing as a must listen is not even a skeptical podcast.  I thoroughly enjoy Andy Ihnatko’s Almanac on the 5by5 network.  Ihnatko does have some overlap with skepticism.  He is a friend or at least an acquaintance of Dr. Phil Plait, and he does comment on technology, comic books, movies, and other geek heavy targets.  What I enjoy most about Ihnatko is that he is a master of the medium.  He has excellent voice control.  He shares his thoughts in a logical and yet entertaining manner.  He harbors very little ill will even against those with whom he disagrees.  Even with his enviable skills as a writer and podcaster, he has loads of humility.  I can’t recall the last time I thought he came across as arrogant or condescending.  As far as I am concerned, he is the gold standard of the medium.  I would suggest all podcasters take the time to listen to at least ten or twenty hours of Ihnatko at work on Almanac or Macbreak Weekly.  This is not to say that others should impersonate Ihnatko, but to use as a benchmark.

In the realm of scientific skeptical podcasts, I cannot say I have a favorite.  I never miss a Skeptoid.  Granted, the episodes are only 10 to 15 minutes in length, but it's always a worthy amount of time unless Dunning is doing one of his musical numbers.  Those I can do without, but his regular episodes are wonderful.  Point of Inquiry I almost always make an effort to listen to the latest episode.  Indre Viskontas and Chris Mooney are both solid hosts, and the show's half-hour length is conducive to having enough time to have a reasonable conversation, but not too long to be a chore to listen.  Mooney at times seems to get stuck on Climate Change to the exclusion of other topics, but this is more a quibble than a solid complaint.  It is a hot topic (no pun intended).  Exposing PseudoAstronomy is fantastic.  I wish Dr. Stuart Robbins had started his podcast five years earlier because he would probably have a much larger following instead of launching into the crowded podcast market of today.  Robbins does an excellent job explaining in an interesting manner some of the wacky ideas of the cultural competition.  Most episodes are less than thirty minutes making it much easier to fit into one’s schedule.

Skeptics with a K, Virtual Skeptics, Just Skeptics and lately Strange Frequencies are highly enjoyable panel discussion shows.  Virtual Skeptics sadly still does not release an audio only podcast version which makes viewing this vodcast a bit of a chore, but a worth it chore.  Strange Frequencies does contain interviews at times, but there is a lot of Jason Korbus and Bobby Nelson discussing new items.  Just Skeptics which is on its second run has polished up its act, and is always an interesting 45 minute to an hour listen. Skeptics with a K contains Marsh, Collin, and Mike.  All three shows, at least for me, have that quality of listening to some friends I wish I had in real life talk about stuff that I find interesting but none of my real friends do.  (Maybe I need new friends, but I am lucky to have the ones I do have.  I am not about to push it.)

Be Reasonable and Fortean Radio are the spinoff shows from the Righteous Indignation, and both interview folks from the ‘believer’ end of the spectrum.  Be Reasonable does it from a skeptical viewpoint, while Fortean tends to be more open ended and just revels in talk of the ‘weird and wonderful.’  I find each highly engaging and entertaining on their own terms.  Honestly, I wish there was more direct discussion with folks who are not within the skeptical tent.

Then, there are the less regularly released podcasts.  Conspiracy Skeptic, Quackcast, and Monster Talk each of which used to be on a regular schedule but at least in the last six months tend to release a new episode whenever.  The latest CS was a wonderful episode on the chem trail conspiracy.  Dr. Crislip is beginning to sound burned out, but his episodes are snark-filled, science-based take downs of medical nonsense, which deserve no quarter.  Monster Talk is sometimes the most interesting hour or so that week when an episode is released.  Is there no pun that Blake Smith is not willing to attempt?

There are other podcasts that I now listen to infrequently, although if something is of high interest or I am in need of content I will download. The Skeptic Zone fits into this category.  I used to listen to the Zone religiously, but there just does not seem to be enough time in my life to do it.  This really is becoming a major problem.  As the reader can see, there is a lot of content just in skeptical podcasts to enjoy.  There is other content out in the podcast world to enjoy, which I am a believer in making time to hear.  About two years ago, I vowed to listen to non-skeptical content so I wouldn't get an overly skewed world view and start talking about Science or Fiction in the office to queer looks of huh?.  To this end, I try and listen to Autoline Detroit (cars), Macbreak Weekly (tech), Talk Show (tech), This Week in Tech (tech), My History can beat up your Politics (history), Hardcore History (history), The Dis unplugged (Disney), and Doug Loves Movies (stoner movie comedy chat), Irreligiosophy 2.0 (religion) among others.  Yes, I definitely have trouble keeping up with these non-skeptical podcasts too.

As I re-read the above, I am leaving out Invisible Sky Monster, Dumbass Guide to Knowledge, and the very excellent Rationally Speaking.  My goodness I have left out the Skeptics Guide to the Universe.   How could I forget?  Actually, I have so much content to absorb, I sometimes ponder if SGU ought to get to be moved to second tier status.  This is not a knock against the Rogues, but more a comment on the vast amount of content.

There are other shows I have not mentioned that many likely love, and others I enjoy regularly that others may dislike.  That is ok.  I am a freaking podcast addict. Sure, other people actually do stuff with their lives such as talk to their spouse, pull weeds, and attempt to harness the power of the atom.  I just try to write an occasional blog post.  I suspect there are just too many podcasts for the skeptical population to maintain, and yet I would hate to see someone not produce content.  Come on in and join the fray.
Posted by Howard "Nigel St. Whitehall" at 6:49 PM